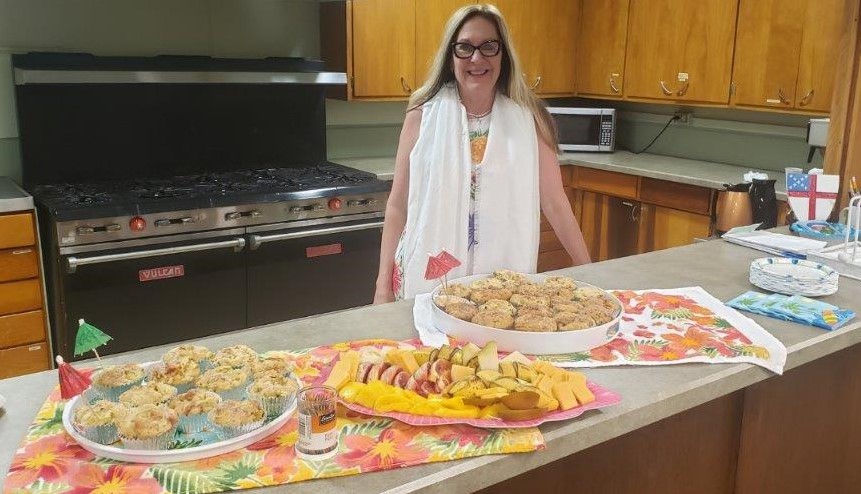 The week started with Bonnie & I, meaning Bonnie, did coffee hour at the church. Coffee hour attendance was light because several had to leave for music practice for a Tuesday funeral.

Over the weekend, Gizmo was doing poorly. Lethargy, labored breathing, loss of appetite. Added some pumpkin to her diet to get her eating. Dropped her off at the vet for a work-in appointment on Monday. While there, she started doing worse and they gave her oxygen and IV. She died on Monday night. See more here. She’d had reduced energy for a long time and even two weeks ago, she didn’t want to walk.

Monday evening I attended the prayer service for someone who’s 54 year old wife died from an extremely rare blood disorder.

Tuesday was a rough day. 8 am phone call about Gizmo dying overnight, picked her up at 11:30 am. 1 pm funeral for a classmate’s father.

Met some high school classmates in the evening.

Brother and sister-in-law came to town for a couple of days and stayed with me.While talking with my brother about my planned snow blower maintenance later that day I realized that I never looked at the ‘breaker bar’. He said that was one of the things he always checked. Mine is called a ‘shave plate’ and I seriously messed up. Had to use an angle grinder to get it off. A new one is in the mail.