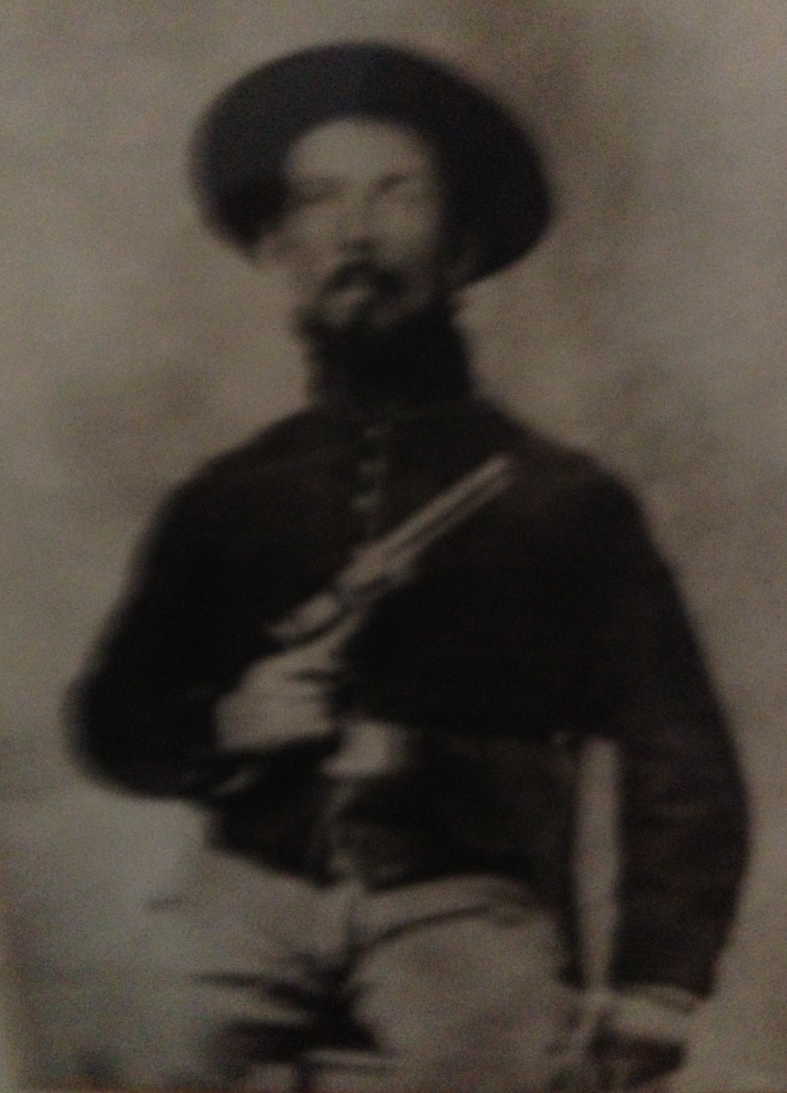 Hi, a distant cousin wrote this and gave me permission to publish.

WHY THE CIVIL WAR STILL MATTERS

I plan to spend about 15 minutes today covering the topics shown on the screen.

Some background.  I first met Roland Kuchel over ten years ago when I was enrolled in an ILEAD class he was giving on Scandinavian History and Culture.  He asked me then to talk about my Norwegian immigrant ancestors which I was pleased to do.  We became good friends and now play tennis together once or twice a week.  Today he has asked me to speak about another ancestor, in this case my great grandfather Hue Short, who served in the Union forces during the Civil War; along with my wife’s great grandfather William Gannon who was in the Conferate army.

I was born and raised in Minneapolis where my father was in the commercial real estate business for over 40 years.  He had his offices in a building in downtown Minneapolis which he and my grandfather had built in the 1920’s and which he continued to manage until his death in 1946 when I was ten years old.  One of my favorite pastimes as a young boy was to visit this 20 story building where I could literally have the run of the place, especially on the weekends, doing such things as riding up and down and operating the elevators with the help of a nice full time operator named Ingeborg who also happened to be a Norwegian immigrant.

I also liked to sit at my father’s desk, which I now have in my Lebanon apartment, and play with whatever I found in the drawers, such as the 38 caliber revolver that my dad had carried in his boot when he spent six months when he was 18 years old in 1904 in the badlands of North Dakota learning how to be a cowboy.  I can assure you that there were no bullets kept in the office and in fact my dad had the firing pin removed before he gave me that pistol for my tenth birthday. That pistol was the beginning of a gun collection which finally numbered about 15 pieces before I decided to sell most of it off at auction a few years ago.  I still have the 38 caliber revolver, however, minus its firing pin.

One of objects I admired most in the office was a photo portrait that hung on the wall next to the desk and I have brought it along to share with you today and that is this picture of my great grandfather Hue Short in his Union uniform holding his large Colt revolver across his chest.  Unfortunately for me, that revolver did not survive and become part of my fire arms collection.  I have also brought his discharge from the Union forces to show you.

I should also tell you that, shortly after my marriage in 1961 to my late wife Nancy, we were visited in our small town house in Washington, DC by my mother-in-law who had come up from her home in North Carolina.  When she noted the picture of my great grandfather in his Union uniform hanging on the wall she said: “Who is that”?  I told her and she responded: “Well, we have things like that in our family too.”

Shortly after her return to North Carolina, a package arrived with a marvelous picture of Nancy’s great grandfather, William Gannon in his Confederate uniform, along with several documents relating to his service, including one dated May 8, 1865 which was his “discharge” and which reads as follows: “This is to certify that W. M. Gannon of Guilford County, and state of NC, a Private in the Army of Northern Virginia, has this day been given his parole in accordance with the terms agreed upon by Lieutenant-General U. S. Grant, Commanding U. S. Army and General Robert E. Lee, Commanding C. S. Army.”

As a young boy I became very interested in my family’s history and as an only child who was the youngest of about 15 cousins, I found that I was the recipient of many boxes of family memorabilia, including a small metal box containing thirteen family letters dated from June 1864 to September 1865 written to, from or about my great grandfather Hue Short who was the father of my grandmother Nannie Short Yeates.

Most of the letters are from his wife Jane Connoran Short writing from their home in Winterset, Iowa to Hugh; some are from Hue in camp near Little Rock, Arkansas, or later from Hempsted, Texas to Jane; and there is one letter apiece written by Hue’s father John Short and by Jane’s brother James Connoran, a minister who was stationed with Hue near Little Rock, Arkansas.

The letters for the most part deal with family matters and comments about family members and acquaintances, particularly how they were affected by the war.  The letters between Jane and Hue contain numerous references to their oldest child Nannie who was my grandmother whom they refer to as “little dove” and who was slightly over a year old when her father left for the war in February 1864.

The thirteen letters are very difficult to read; both spelling and punctuation are marginal, as is their general condition.  I have done my best to transcribe them accurately, but I have been forced to leave some blank spaces and guess at some words.  I have tried to indicate those places in the transcribed text where guesses have occurred or material has been omitted.

My objectives were to (a) to preserve the text of the letters before they deteriorate further; (b) to provide some historical context for this correspondence; and (c) to share this information among descendants of Hue Short.  I began this task in 1994, put it aside for a few years, and returned to it in 2001 after attending a family wedding in New Haven at which I was pleased to note that fourteen of Hue Short’s descendants were in attendance.

I am pleased to share this document containing copies of the letters and their transcriptions with you today.

I want to turn now to a description of Hue Short’s service in the war including some information on his unit – the First Iowa Cavalry.  Hue was born in Lawrence County Indiana on May 28, 1832.  He died in Minneapolis, MN on June 17, 1913 at the age of 81, twenty-three years before I was born.  My father knew him very well and spoke of him often.  He volunteered for a term of three years in the Army of the United States in Des Moines Iowa on February 23, 1864 at the age of 31.  He was assigned as a private in Company G, 1st Regiment of the First Iowa Cavalry and served with that unit throughout his term.  He was mustered out in Austin, Texas on February 15, 1866.

Hue was initially paid a “bounty” of $60.  Sometime around April 1864 he was posted to Little Rock, Arkansas and, described at first as an “unassigned recruit”, he spent from April 3 to June 30 “on scout” “mounted on his own horse”.  Hue apparently remained stationed in Little Rock until June 19, 1865 when he was assigned to detached service as a guard on a steamer to New Orleans.  A letter from Hue to his wife Jane dated September 1865 states that he was in Hempsted, Texas; and the Muster Role for November and December 1865 states that he had been on detached duty at Fort Connell since November 8, 1865.  When Hue was mustered out on February 15, 1866, the Roll stated that he was due $58.74 on his clothing account and that he had been paid $180 of his signing-on bounty, with $120 still owed him.  In turn, he was allowed to keep his carbine but owed the army $12.86 for lost equipment a cartridge box, a shoulder belt, a pair of spurs and straps, a lariat and a “picket pin”.

When I googled The First Iowa Cavalry, I found a variety of reports describing in some detail that organization over the five years of its existence.  Here are some examples of the things that were described, including some information relating to the Little Rock connection.

Prior to Hue Short’s enlistment in Feb. 1864, the First Iowa Cavalry was deeply involved in operations in Arkansas leading up to the capture of Little Rock in late 1863.  The following is a quotation from the official history of that operation which describes some of the maneuvers involved in the movement of the combined Union forces under the command of Major General Frederick Steele who was most noted for his successful campaign to retake much of secessionist Arkansas for the Union cause:

“The (First Iowa) cavalry division now moved southward; a pontoon bridge was laid across the Arkansas River during the night of September 9th, 1863; and, on the morning of September 10th, the cavalry led the way across the bridge and brought on the engagement that resulted in the capture of Little Rock about sunset of that day.  After crossing the river, The First Iowa was actively engaged throughout the day and recaptured two howitzers which had been taken by the enemy during the early part of the engagement.  The regiment now went into camp near Little Rock where it remained during the following winter in comparative quiet.  Scouting parties and guards for foraging teams had occasional skirmishes with the enemy in which the casualties were not heavy; but there was much sickness and many soldiers died from malarias disease,  while many others were months in a state of doubtful convalescence”.

As an example of Hue Short’s foraging activities, here is a quotation from a letter to his wife Jane in June of 1864 in which Hue reports: “Well dear I just detailed 8 men to go out and get some more melons and appels and roasting ears so we can have another feast.  They have just brought in two dressed hogs so I must go and cook same”.

The previous quotation describes the rather severe food situation in the Union camp in Little Rock when Hue Short arrived there with his horse in early 1864 where he served both as a mounted scout and participated in and in some cases directed teams foraging for food.

Finally, shortly after his wife Jane’s death in 1896, Hue Short set forth in writing some thoughts relating to his wife and their nearly forty year marriage.  Entitled Historical Recollections of My Wife’s Virtues it consists of seven small typewritten pages bound into a cardboard cover by two ribbons.

A quotation from the document relating specifically to their exchange of letters during the Civil War follows – Hue writes:

“… her (Jane Connoran Short) many sweet loving letters gave me greater pleasure and did more to keep my spirits up than anything else that I was blessed with and, now that she is gone, they have become the greatest keepsakes of my life …”

I feel privileged to have come into possession of some of those precious letters and am glad to have been able to share some information relating to them with you today.

Thanks very much for your attention.  Welcome any questions if Roland says we have time.