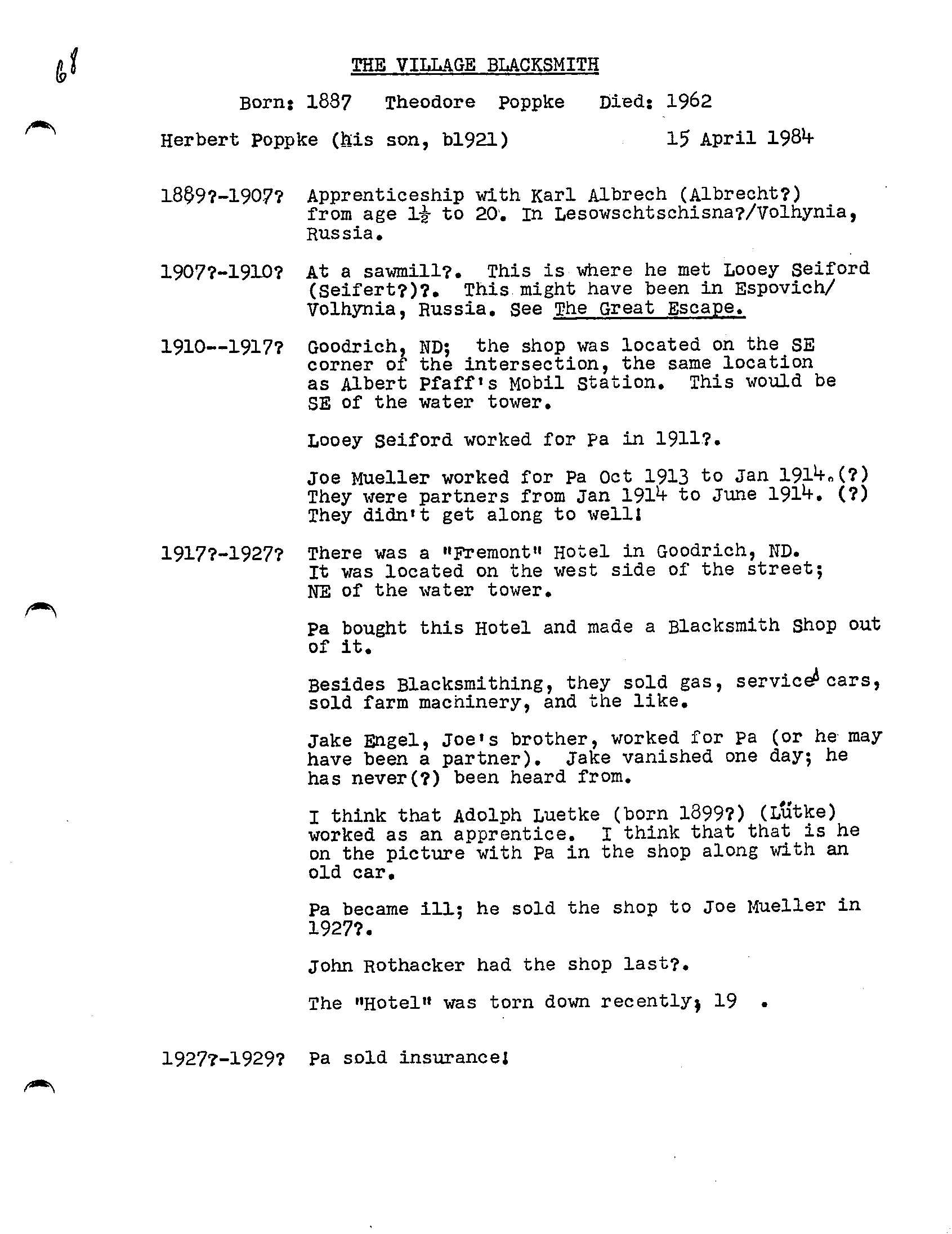 from age 1* to 20. In Lesowschtschisna?/Volhynia,

1910–1917? Goodrich, ND; the shop was located on the SE corner of the intersection, the same location as Albert Pfaff’s Mobil Station. This would be SE of the water tower.

pa bought this Hotel and made a Blacksmith shop out of it.

Besides Blacksmithing, they sold gas, serviced cars, sold farm machinery, and the like.

Jake Engel, Joe’s brother, worked for Pa (or he may have been a partner). Jake vanished one day; he has never(?) been heard from.

I think that Adolph Luetke (born 1899?) (fake) worked as an apprentice. I think that that is he on the picture with Pa in the shop along with an old car.

John Rothacker had the shop last?.

The “Hotelft was torn down recently) 19 .

We backed a flat bed truck into the former garage, which was now the Poppke Blacksmith Shop; jacked up the Shop, put a couple of timbers across the truck bed and took off down the road from Denhoff to Tuttle.

pa set up his shop on the former Looey Seiford location. Looey’s place had burned down in 1931. This was on the west side of main street; just west of the City Hall, and 2 doors(?) north of the movie theatre.

1935 – -19(1 The former Shop of Jake Nathan was located in the SW part of town. On the north side of the road to Wing; just across the street and north of Jake Fetzer’s house. George Irons owned the Shop. Pa bought this shop from Irons.

We moved from the Seiford location to the Nathan

location, and the next day a big stormCame along

and demolished the old shop on the Seiford location.

The years in Tuttle were pretty good years. The Depression was coming to an end, and the farmers were again getting crops. We kids were now big enough to help out. I, John, David, and Walter all learn Blacksmithing and welding. We worked many long hard hours. The women folk also had their chores to do.