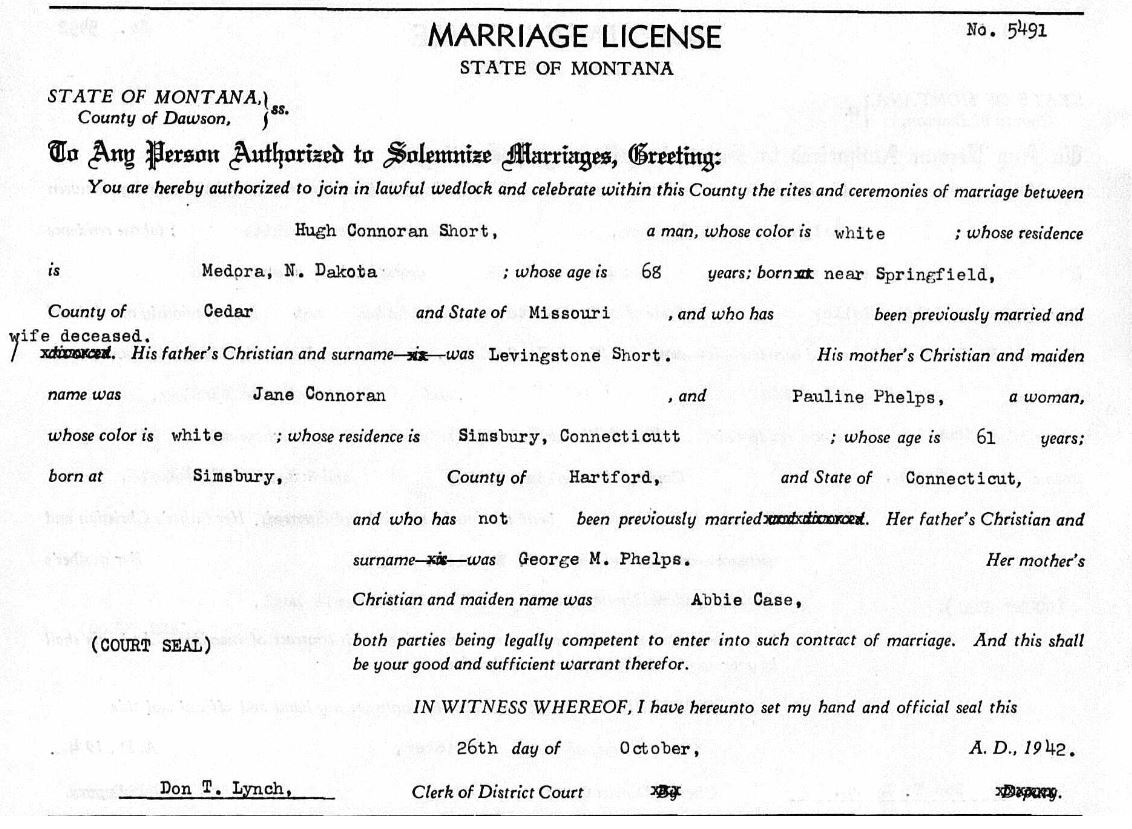 The Short family has a mail order bride story; I’ve always thought it was interesting, but I just found out that the bride probably misrepresented her age.

Here is the Montana marriage license. Pauline Phelps lists her age as 61. The marriage was in 1942, so this implies that she was born in 1881.

Rumor has it that the marriage did not last long. Pauline Phelps was from an old line Connecticut family and she moved into a two room log house on the banks of the Little Missouri River in Billings County, North Dakota.

During some recent time on Ancestry.com, I found Pauline’s Social Security record and it showed a birth date of 1870, making her 72 in 1942.